Before deciding to embark on the adventure of study abroad, I had only known one other person of color that had done it. Nonetheless, I had an insatiable desire to see what was out there. Studying here in Costa Rica is like a dream come true… 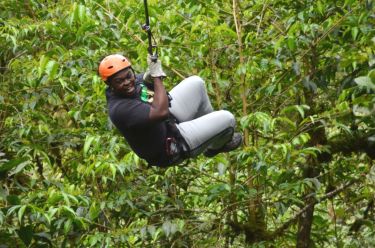 Now in the last moments of my journey I am compelled to do some much-needed reflection. My experiences as a Black man in Costa Rica have been a mix of exoticism and separatism. I have gotten used to the staring and perplexed looks when I walk into a place, however I still feel subtle microaggressions that bother me each day. There is a feeling of racism that is rarely talked about, but is omnipresent. It doesn’t have the biting edge of the United States, but there is a sense of otherness. The privilege of being from the United States allows me to escape some, but I am not able, nor do I wish to separate my experiences of Afro-descended communities here.

The thing that has bothers me the most however, is the relationship between the rest of the provinces and the province of Limón. Located in the Caribbean coast of Costa Rica, Limón contains the largest population of Afro-Costa Ricans. It is referenced as if it were a completely different part of the country. The poverty and lack of development in this country is profound. In my program, we are not allowed to travel to this province because of the drugs and violence there, but I am torn. I plan to return to experience the Caribbean culture that exists there. I will never forget the one league football game I attended that was with the home team, Saprissa, and the league team from Limón. Part of the reason I wanted to go is if I can’t visit the province, I can at least go see the team play. Throughout the game there were comments made about the Black players on the team to the point where the announcer threatened to eject the fans. Everyone reacted as if this was just a part of the culture. It was one of the most uncomfortable feelings in my life, and hardly anyone could feel what I felt in that moment. It was an anger of not only hearing these things, but being powerless to change them. 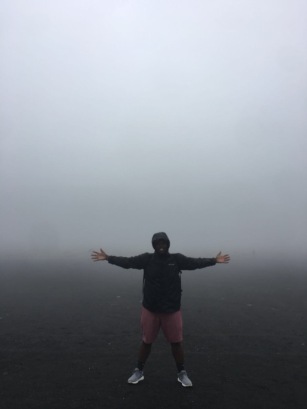 But these feelings of isolation extend within the study abroad group as well. There is no one to which I can relate nor empathize with, which at one point brought about feelings of isolation and loneliness. In the midst of this paradise of a country, at times can feel very lonely. Culturally, socially, spiritually, there is a disconnect. I have never appreciated my HBCU more than in these moments.

In no way does this take away from the amazing experiences that I have had in Costa Rica. I am connecting with nature in ways I never thought possible. I am making life long friends not only from the United States but from Costa Rica as well. I am learning a global perspective to not only life but struggles against the negative intersecting forces of capitalism and racism that exist in the world. In these classes I am learning histories that would never make it to mainstream curriculum. This further shows me the importance of travel and maintaining a global consciousness in today’s world. Even here in Costa Rica, the effects of globalization and the loss of culture are present. I want to use this experience to encourage everyone to take the chance and travel and to expand their mind to encompass new and exciting narratives.

One thought on “Abroad While Black”